Grin and Bear it: How to bear eating bear meat.

As an outfitter, we often hear how many people would love to hunt bear but have no idea what to do with all the meat or if they did keep it, how to cook it (Ontario is a no waste province, it is mandatory to take all of the meat with you upon departure.)

Below is an excerpt from a great story written by Jackson Landers and how he dealt with an unexpected amount of bear meat…..and what he learned. 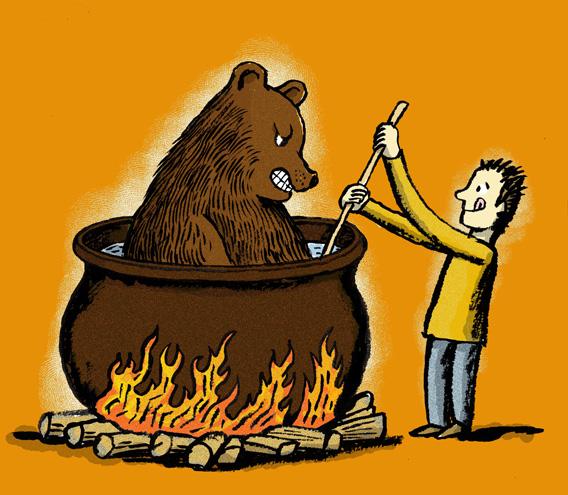 Now I had heard all sorts of stories from hunters about what bear meat is like: that it’s tough, gamey, and unpleasantly greasy. But in my experience eating a fairly wide array of unusual species, I had found that meat that tastes “tough and gamey” is more often a case of bad butchering and sloppy handling than an intrinsic quality of a species.

To maximize the potential flavor of my bear, I dry-aged it for a week before I started experimenting. Dry-aging meat, for the uninitiated, is the process of letting meat hang out for a while at cool temperatures while allowing moisture to evaporate from it. Dry-aging accomplishes two things. First, natural enzymes in the meat begin to tenderize it by breaking down the collagen in the muscles. (Collagen is what makes tough meat feel tough, and more of it builds up in muscle tissue as an animal gets older.) Second, dry-aging allows water to evaporate out of a piece of meat, concentrating the flavor. High-end steakhouses all do this with their beef, and I have been dry-aging most of my venison in my fridge at home for years.

Once my bear was sufficiently dry-aged, the very first thing I tried was cutting some simple steaks out of a forequarter (the upper portions of the front legs) and from the backstraps (the cuts from alongside the spine that are referred to as “pork loin” in pigs). I wanted to keep the recipe simple so as not to hide the true flavor of the meat, but I also wanted to have some fun. So I just ran with the bear theme. I pan-seared the steaks in olive oil and drizzled just a bit of honey on them. A handful of blueberries went into the pan with them (bears love blueberries almost as much as they love honey). Then I transferred the meat to a covered dish to finish cooking in the oven and deglazed the pan with a splash of Toasted Head cabernet sauvignon, which I had chosen on account of the wine’s label having a black bear on it. I made sure to cook the meat to 140 degrees and hold it there for a while, since bears, like pigs, can carry trichinosis. 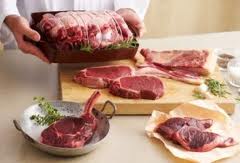 My girlfriend and I sat down to eat our first bites of bear meat, drizzled with that red-wine pan sauce. The texture was good, and the backstrap cuts were a bit more tender than the forequarter cuts. The flavor was mild; it tasted more or less identical to venison—which is to say a lot like beef, only with less fat and a blander flavor. There was nothing greasy or tough about it. It looked like a thick piece of filet mignon. Between sips of the bear-bearing Toasted Head wine (which paired very nicely with the bear meat, I should add), we soon forgot that it was bear meat that we were eating. By the end of the meal, it was just dinner, no more exotic than the artichokes we served along with it.

Heartened, I started putting bear meat in everything. And once I began running it through the meat grinder, the stuff became a household staple. Think bear tacos, spaghetti with bear sauce, lime-marinated bear stir-fry served over ramen noodles. 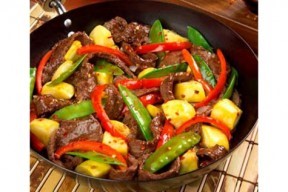 Bear burgers in particular were a big hit. I mixed one egg with 1 pound of ground bear meat and just a touch of onion powder and pepper and broiled them under high heat. Three minutes per side seemed to get me up over 140 degrees every time, without taking the burgers beyond medium-rare. I invited some friends over to eat them, and the unanimous agreement was that they simply tasted like very good beef burgers and that nobody would ever guess they were bear.

I began to take the ground bear meat so much for granted that I confess to feeding it to a dinner guest in a ragout over angel hair pasta without thinking to tell her that she was eating bear as opposed to beef. She ate every bite. I’m still not sure whether I should tell her what she ate.

Lately I’ve found myself worrying about the dwindling supply of bear meat in my fridge and freezer. I have one whole hindquarter in my chest freezer awaiting a special bear dinner with a group of friends, but other than that and a pound or so of medallions, all I’ve got left is an array of very unusual bones that my dogs have been chewing on in the front yard. What will I do when I run out?

Do you like what you see? Join us on our<a title=”Fishing Blog ” href=”wawangresort.wordpress.com”> Fishing Blog</a> for more up to the minute action, tips and tactics!!

← Quick tips for hunter safety
Geared Up: Cleaning your gun →